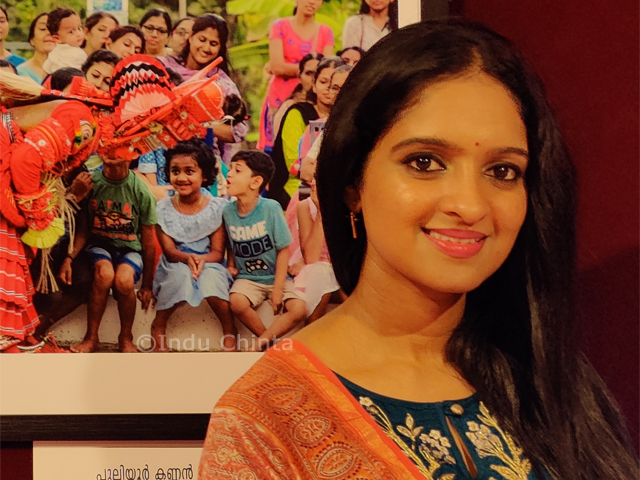 Preserving cultural heritage is a cause Indu fully believes in and a cause close to her heart. This made Theyyam the subject of her focus, especially for its artistic richness. Through her writing and photographs, she portrays and documents the authenticity of the art, the commitment of the artist and the sincerity of the emotion.
Indu is an environmentalist turned preservationist. Shepursued her Master's in Environmental Engineering at the University of Illinois at Urbana-Champaign. Later, she returned to India to work with policy think-tanks such as The Energy and Resources Institute (TERI), New Delhi and Vasudha Foundation.....Read More 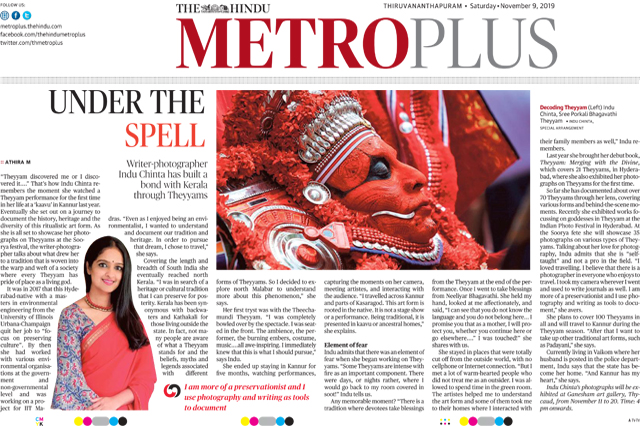 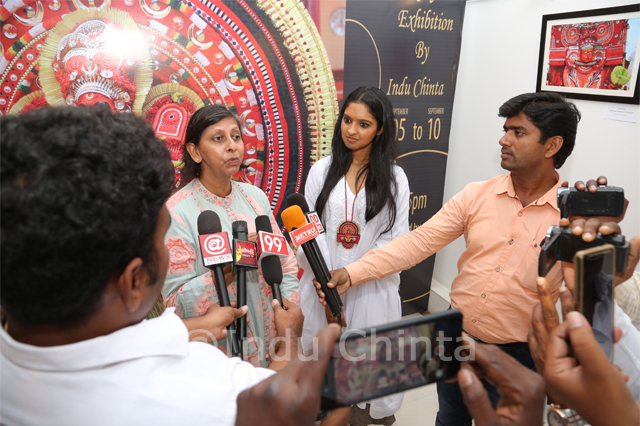 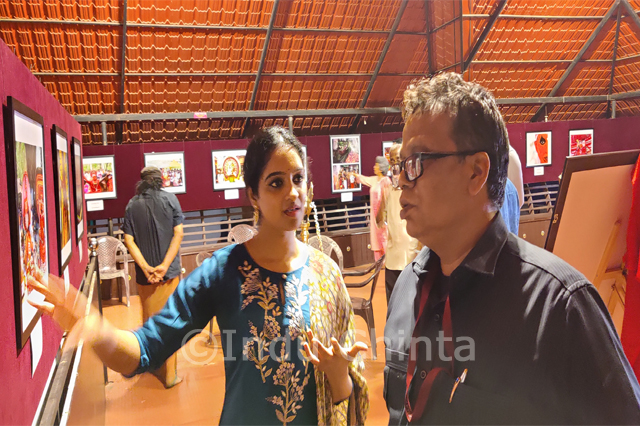 UNDER THE SPELL. Writer-photographer, Indu Chinta has built a bond with Kerala through Theyyams.| The Hindu - Metro Plus | Saturday Novemebr 09, 2019 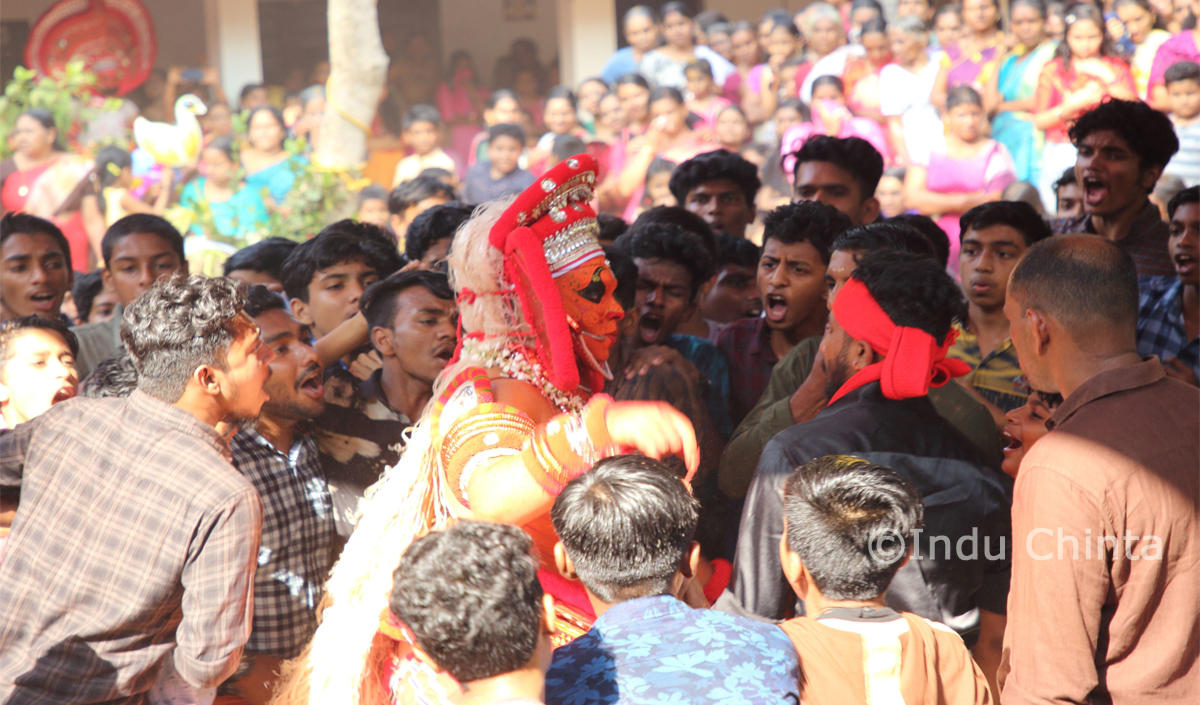 Manathana Pothi or Manathana Kali, as you can see, is a Theyyam high on energy. In addition, the Theyyam involves the devotees in the performance, especially youngsters. 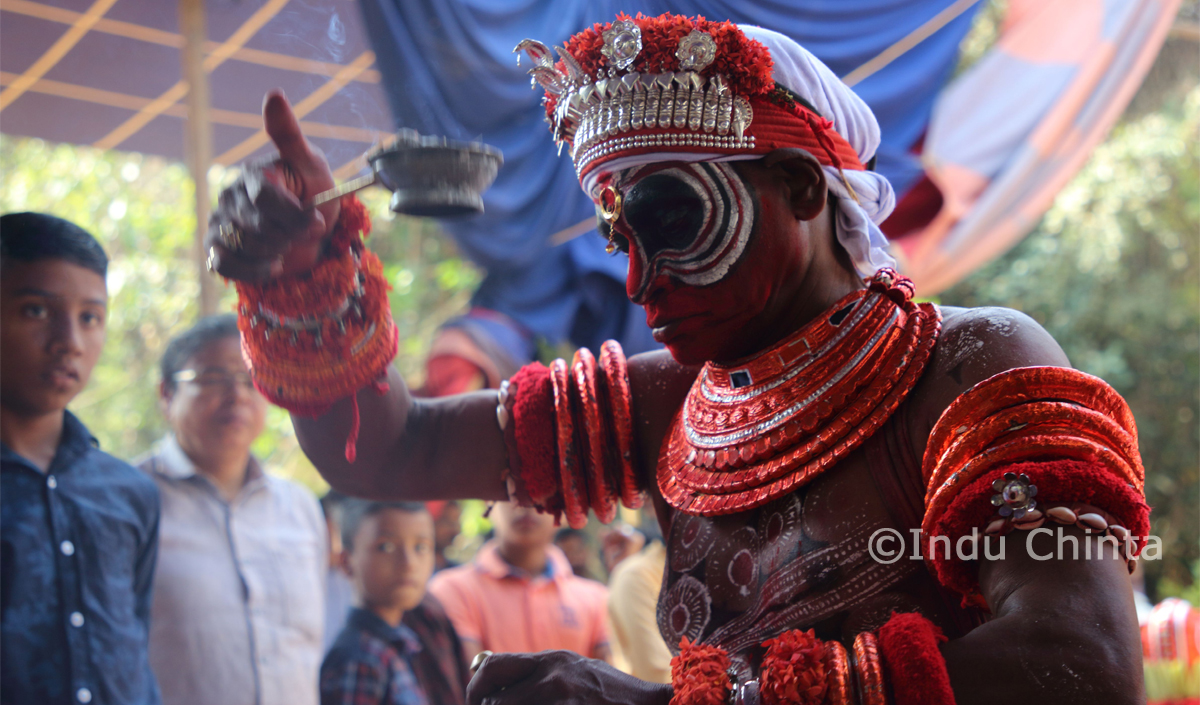 The artist emerges from the green room and sits on a ceremonial wooden stool in front of the shrine. Here he invokes the deity, requesting the god/goddess to enter his body. 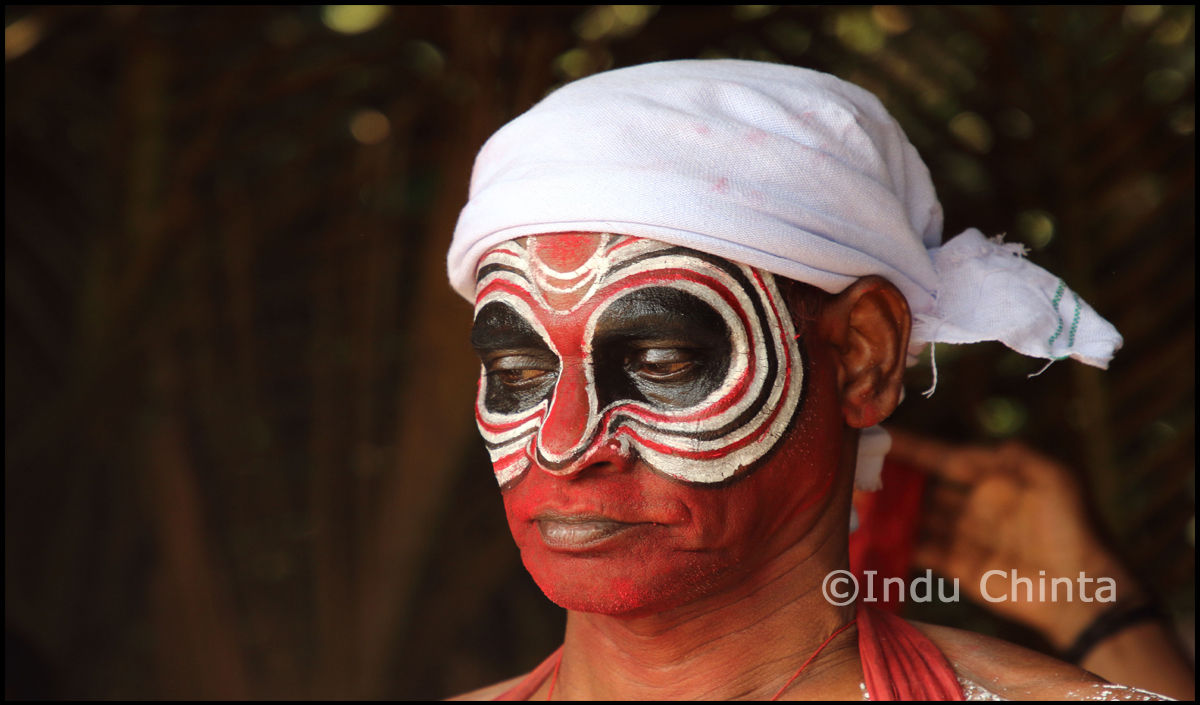 Theyyam makeup is very fascinating, In Malayalam, it's called mogathezhuthu. Tough to pronounce, it loosely translates into face drawing. This is different for each Theyyam.